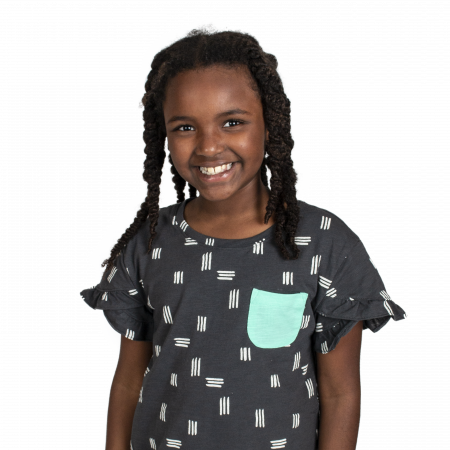 You Can Change the World

February is Black History Month. That means we take time to honor the African American and Black Canadian men and women who have worked for equality for everyone. They wanted every person to have the same chance at living a great life.

This month, we want to honor Ruby Bridges. Ruby was only six years old when she changed the world. Ruby was the first black person to go to an all-white school. Before Ruby arrived, black kids went to one school and white kids went to another. They were segregated, which means they weren’t allowed to do things together. Sadly, black schools were not given the same books and materials as the white schools, so the black students did not receive the same education as the white students. That wasn’t fair.

With Ruby, though, everything started to change. Slowly, more black students were allowed to go to white schools. It took time, but finally everyone was mixed together. Now, all kinds of students get better chances at living a great life. Still, there are many people who don’t get a fair chance. There’s always more work to do!

It’s not easy changing the world. For her first whole year of school, Ruby didn’t have any classmates because parents didn’t want their kids in her class. Ruby’s parents also lost their jobs, and a lot of people hated her family. But Ruby kept going.

Even when times were hard, Ruby knew she was making a difference. God helped Ruby stay strong, and He can help you, too! Maybe it doesn’t feel like what you do matters, but even little things can start change in the world. Just by encouraging a friend, or sharing your lunch with someone, you can make a difference. A lot of times, changing the world looks like changing the world of just one person.

For some ideas on how you can change the world, check out your February issue of SHINE brightly and be sure to download our Black History Month Prayer Guide.