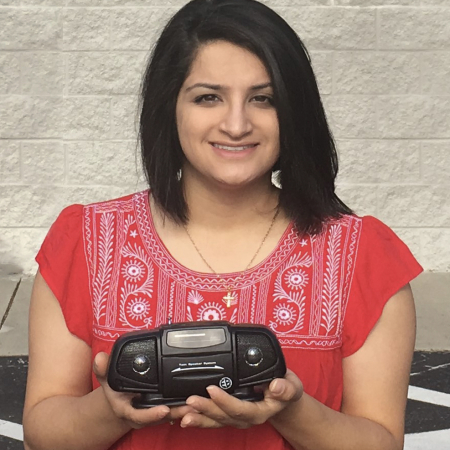 Where in the World?—Dania: A Middle-Eastern Refugee

Dania Yadago is a brave and prayerful young woman who was born in the Middle East.

The Middle East is a region of land between Asia and Africa. It is made up of 22 countries.

Dania grew up in a few hard-to-reach countries in the Middle East. As one of the only Christian families in her area, Dania’s family suffered greatly for their faith. Most of her childhood was spent surviving on very little, and trying not to get killed for believing in Jesus. It was very difficult, and Dania wasn’t sure they would make it out of the Middle East alive. But she and her family prayed for God’s protection, and trusted Him to take care of them. And years later, Dania and her family were able to escape to the United States, where Dania lives today.

You can help kids all over the world just like Dania by participating in Operation Christmas Child!